How flespi adds protocols and easy device setup to Traccar

Traccar is an open-source GPS tracking platform supporting over 140 communication protocols and providing basic fleet management functionality in a clear interface. The cool thing about Traccar is that you can fork it on Github and tweak to your needs. We in flespi tried to make the Traccar platform even more flexible and easy to use by introducing a “flespi” protocol into the Traccar’s impressive list.

flespi is famous for its universal protocol description technology that unifies parameter names across tracking devices and manufacturers. When you send messages to the port assigned to the “flespi” protocol, it can receive the data from any trackers supported in the flespi platform without the need to know the manufacturer and the protocol used. When you watch the message details, you will see all message parameters according to the protocol specification. Traccar will interpret all supported parameters into its internal naming convention; the rest will retain the unified names given by flespi. 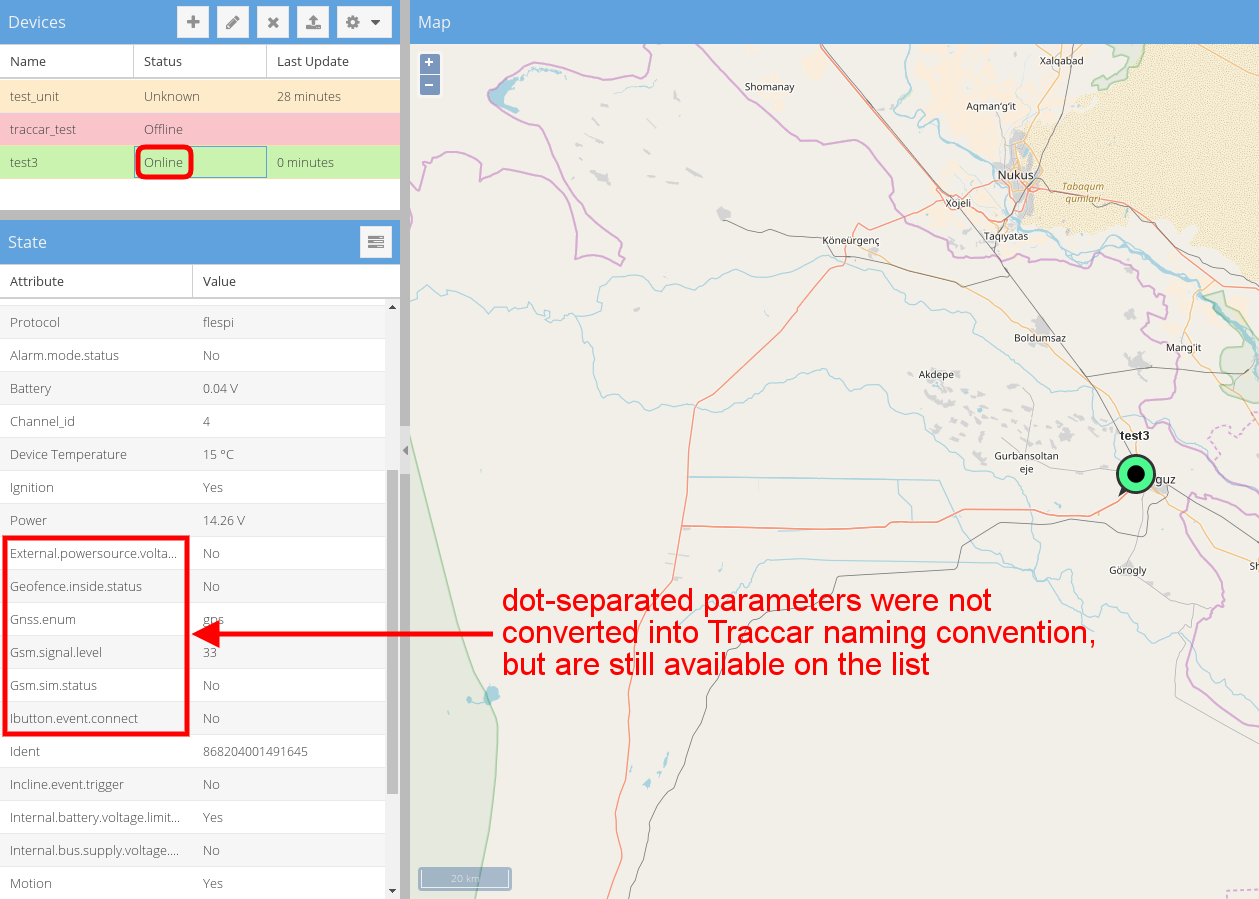 How to configure devices?

All devices connected to Traccar via flespi can be configured inside the flespi panel. We picked an ATrack AK1 device for the demonstration. This model is not supported by Traccar, so we added it to flespi first — device ident and/or phone number are required to uniquely identify the tracker: 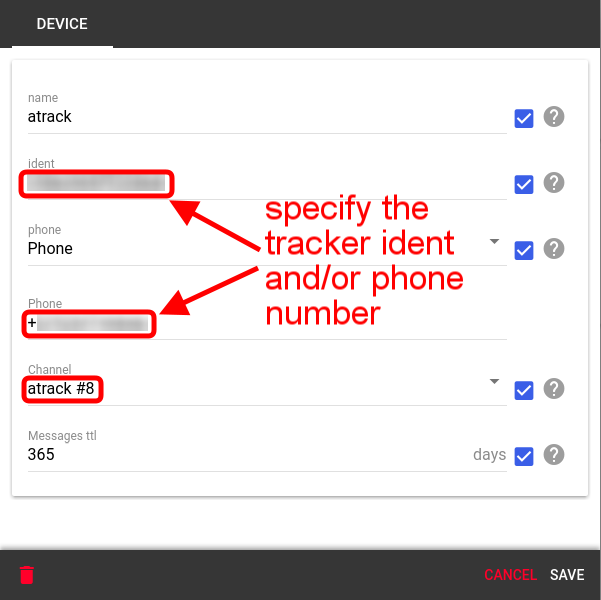 The device appears in the list of all flespi devices in the flespi platform. Clicking the small wrench icon will open the configurator for the given device: 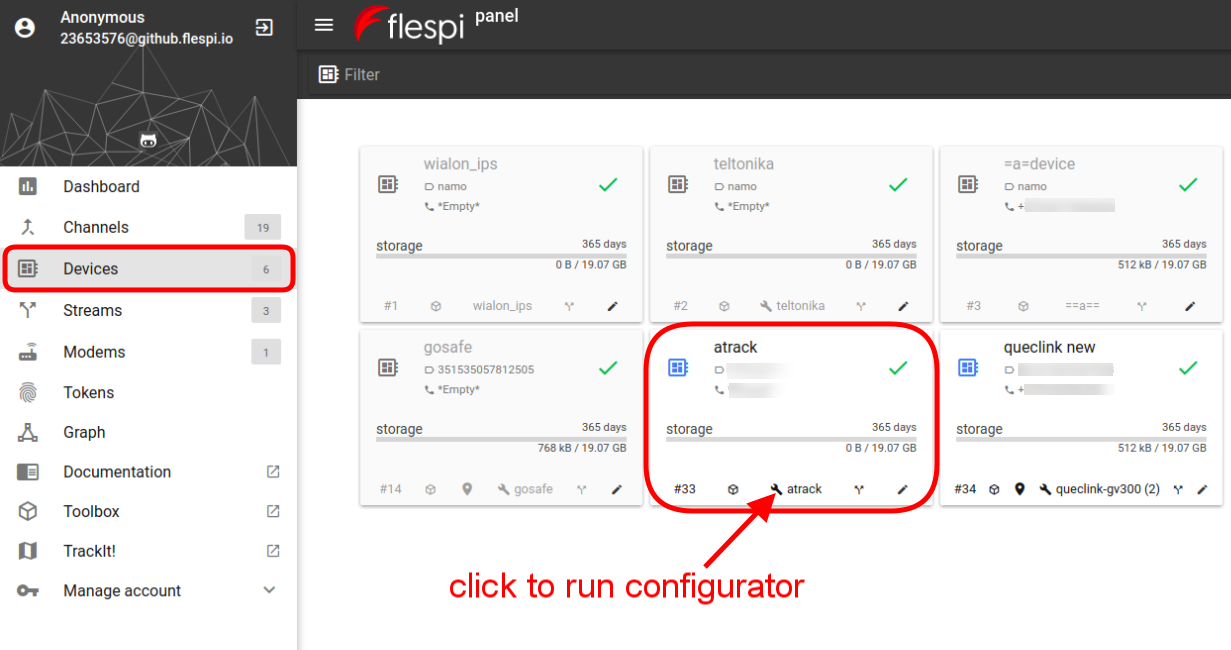 The flespi configurator splits the settings into tabs by their purpose — our ATrack device has Connectivity and Tracking tabs. Let’s look into the Tracking tab — you can change all parameters of the GPS Tracking setting with mouse clicks — no need to know the command syntax for each manufacturer. Clicking the Send button will initiate the setting change that will apply as soon as the device goes online. 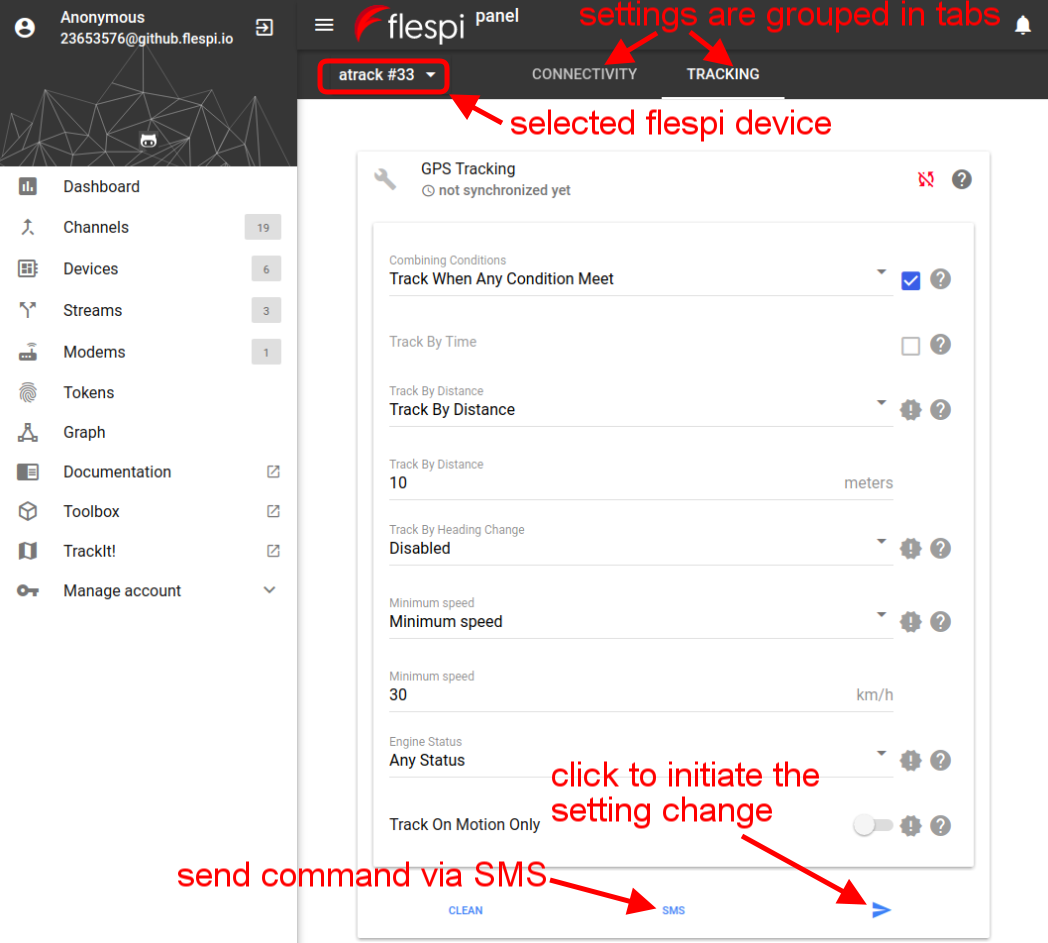 Moreover, some trackers by certain manufacturers allow configuring the device via text messages — flespi does support configuration via SMS for applicable devices.

Remember, this model of ATrack tracker (AK1) is not supported by Traccar? After streaming its data through flespi, the device is available in Traccar and all its parameters show in the left-side table: 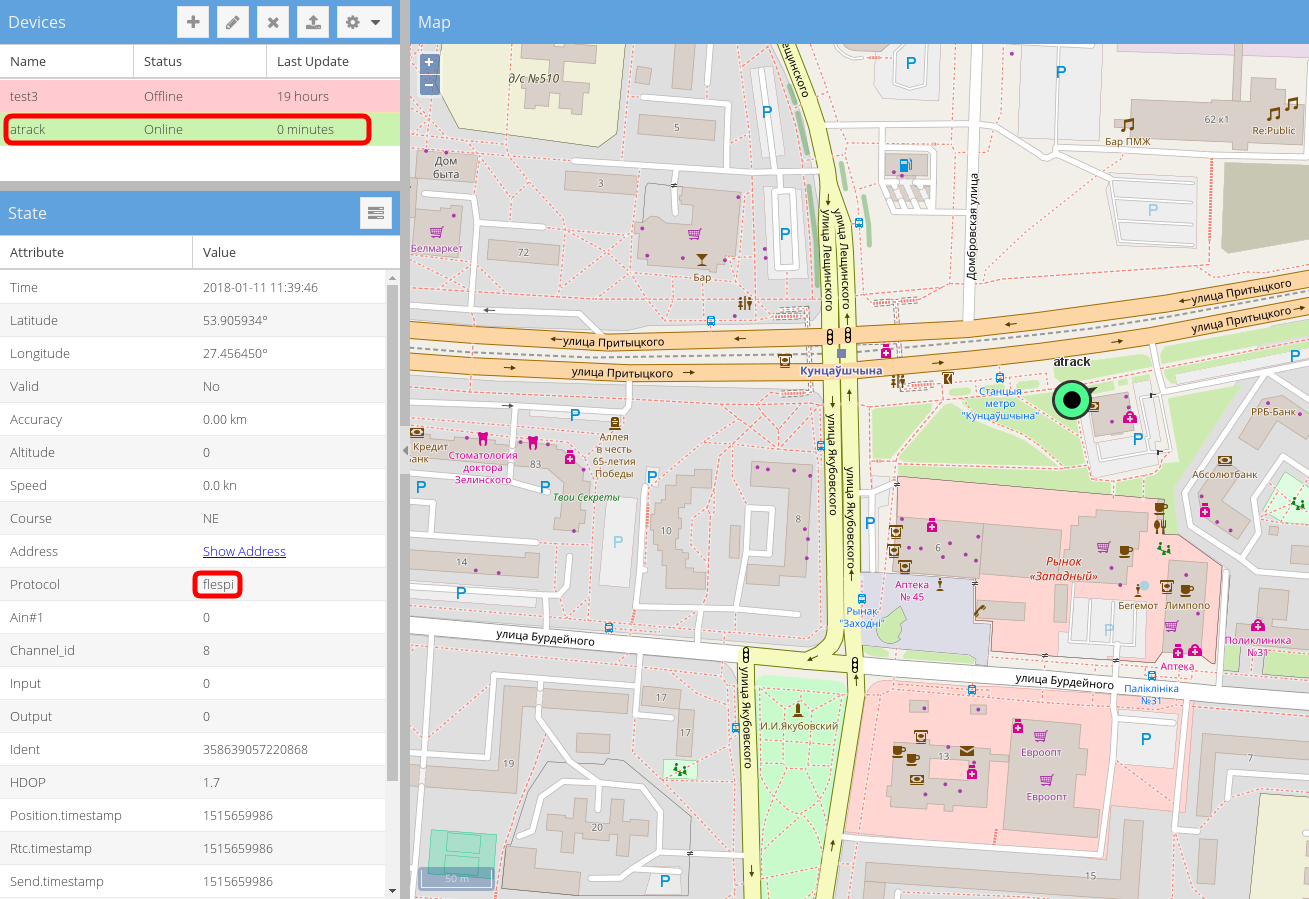 What Traccar users get?

The integration of Traccar and flespi is a win-win for users of both platforms. flespi users get access to a free GPS monitoring system with alerts, reporting, and more. Traccar users can benefit from flespi’s full support of selected protocols and universal device configuration tool.

Was this helpful?
Share
4 November, 2021 |
flespi as an ultimate telematics API
How to use the universal flespi API to accelerate the development of your telematics and IoT projects.
21 October, 2021 |
Post-processing — when parsing alone is not enough
Protocols post-processing technology allows sequentially applying arbitrary logic to the incoming messages.
‹ › ×