This article is left for history, however, the most up-to-date guide to PVM is located here.

flespi gateway is designed to interact with various telematics devices and convert all the data diversity coming through different protocols into a unified message format. 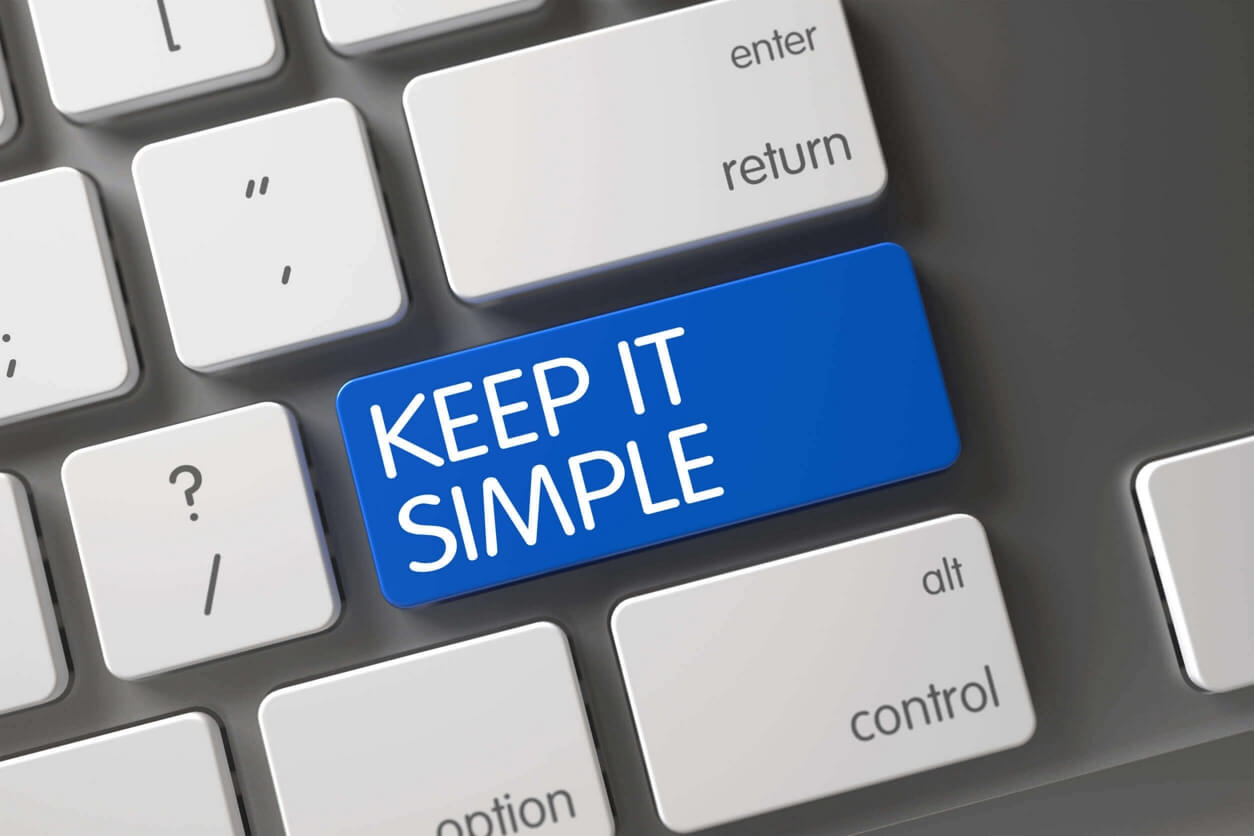 You already know from our blog that protocols are defined by our own “pvm” language, so you should be curious about the details. Let me unveil the power of pvm language for you.

PVM is a domain-specific language for Parsing Virtual Machine. PVM instructions are compiled into a special assembler code (defined by us) by a proprietary compiler and then executed on the embedded virtual machine. We make pvm language so simple that it could describe complex binary protocols in 50-100 lines of code.

Since pvm is a descriptive language, all we need to do is to describe the data input stream. The input stream is a sequence of bytes received from a device, and it can be treated both as text and as binary data. And we’ll describe this sequence moving upside down. According to the protocol specification, Wialon IPS requires a login packet to be sent as soon as a connection is established, and data packets to be sent afterward. To tell the machine how to deal with these packets we will describe each packet under the corresponding @label.

A login packet is a text of the following format:

That’s all for the login packet! And after the login packet has been successfully parsed we`ll have to handle the data packet. According to the protocol, there is a number of data packet types. For example, we can get a text message in the following format:

or a simple data packet with the format:

or just an empty ping packet:

It's not a problem to cover them all. Let's see!

The main data packet structure is covered. But what is missing? Yeah, now we need to send an answer and teach the machine what to do in case of error. And even for such protocol as Wialon IPS using a complicated scheme of server answers, it is possible to clearly define how to compose an answer.

Almost done! There’s one more thing left to do: as you remember we've left @short_data label undefined. So, here it is:

There are some other data packet types supported by Wialon IPS, but, not to be boring, I won't describe all of them. Once armed with this knowledge, you will be able to easily implement all other packet types. An attentive reader has certainly noticed some common rules of the pvm language:

The meaning of these and other syntax constructions can be clearly seen in the examples above.

And I bet now you want to know how to apply the pvm language to binary protocol?

Stay tuned! It's time to tell you about Wialon Retranslator protocol implementation in pvm language.

Wialon Retranslator is a binary protocol and it can be used to transfer data from Wialon (you’ve probably heard about Wialon ;) ). Despite the fact that it is a binary protocol, pvm copes with it easily. According to the protocol specification, data is transferred as TCP packets and we will describe its structure under the @packet label. What else we need to do is to describe actions in case of either successful packet acquisition or error. Let's do it right now! 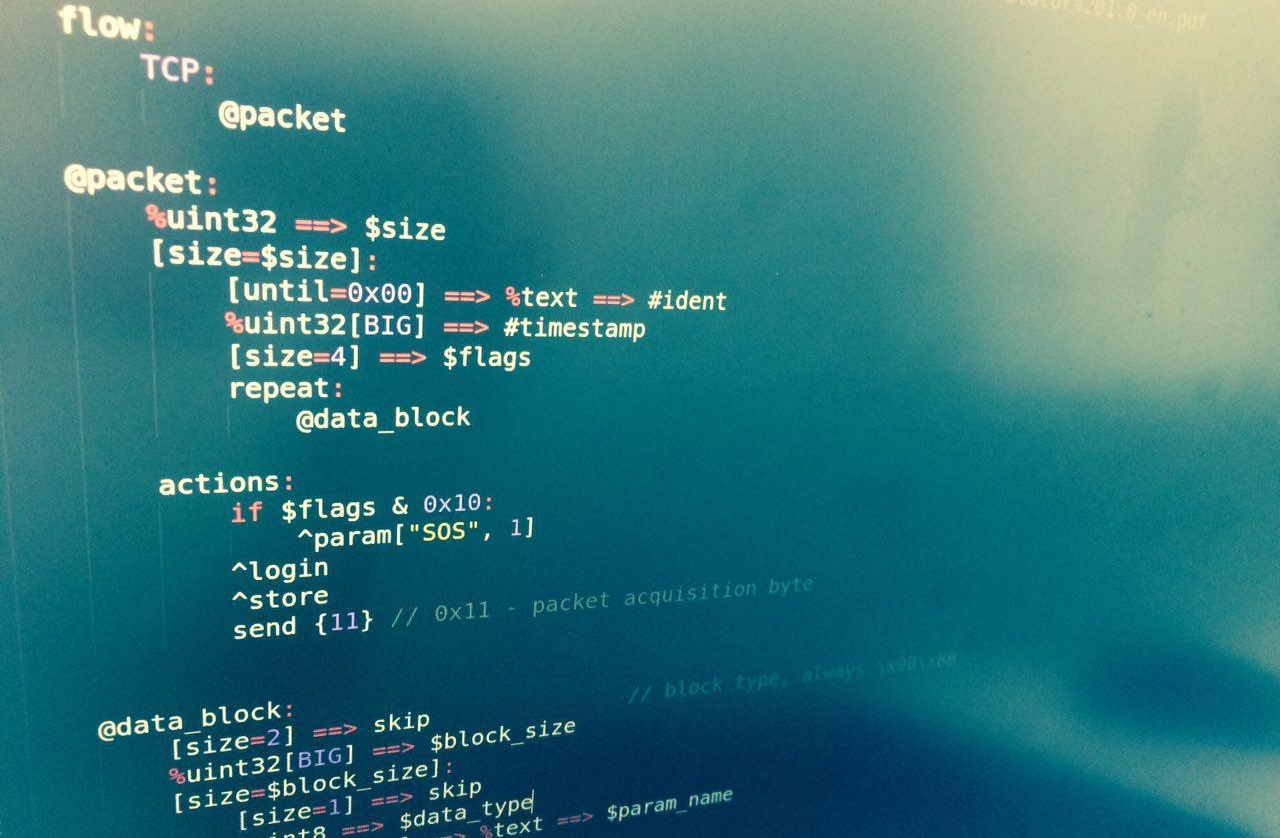 In order to define the packet structure, we need to look at the protocol documentation. It says that each packet starts with a common heading comprising size, device id, timestamp, and flags followed by payload with an arbitrary number of data blocks. So, the packet definition looks like the following:

Here we defined that after the first 4 bytes containing the packet size goes the following sequence of data:

Also, this example shows how to switch from little-endian byte order (that is used by default) to big-endian for parsing integer values when it is needed by a protocol. Let's proceed. Now tell the machine what to do after the packet is parsed:

Should we tell the machine what to do in case of a parsing error? Not in that case - Wialon Retranslator protocol doesn't require any special answer in case of error, so default actions will be performed: the error will be printed into logs to warn the developers about it and the connection will be closed.

Now let’s define @data_block label. Again look into the protocol specification and see that each data block has a common structure.

Besides the syntax constructions that you already know from the previous example here you can see yet another interesting case:

It means "save parameter with the name param_name" and is useful when you don't know the name of a parameter in advance. 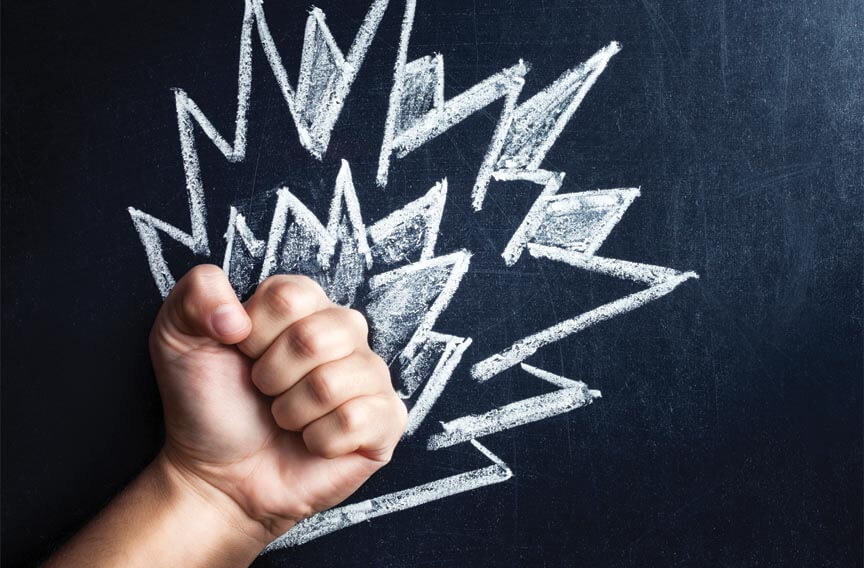 This is what makes our product unique: purely in-house development, focus on simplicity, and years of experience in protocol integrations.

So let’s see what you get with flespi. The platform providing unified data communication, the technology allowing the description of even the most sophisticated protocols, high-quality support throughout the process of project implementation, and articles on the flespi blog making complicated processes seem much simpler ;).

We continuously develop the pvm language guided by the ambitious goals we set and would like to share our achievements with you on our blog, so follow the news and stay tuned!