How to use flespi HTTP REST API over MQTT and when not to do that.
dev api connectivity mqtt 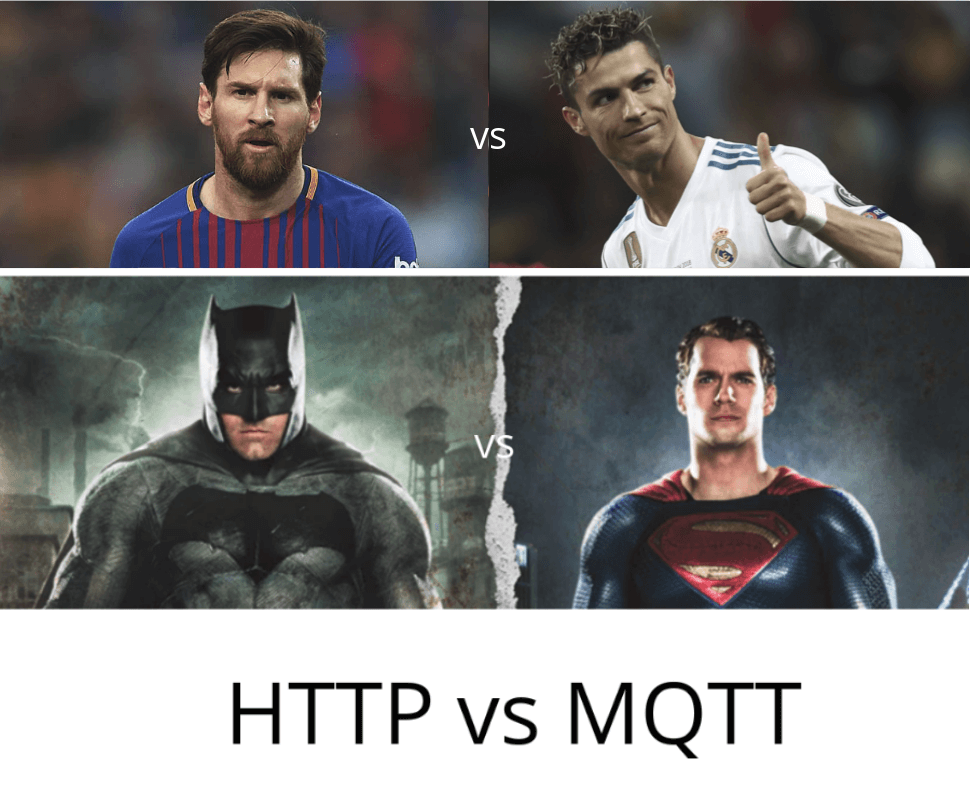 Above is the list of the most spectacular standoffs in the world for a flespi programmer. Epic battle, isn’t it? A techy person might remark that HTTP and MQTT are used in different applications, that each protocol is good in its sphere, and that Superman has no chances.

Scales tip in favor of MQTT

We decided to use MQTT as the main internal communication technology for our platform and this solution has fully proven itself. MQTT provides a very fast event-driven architecture to receive new messages from flespi.

We don’t mean to say that we leave HTTP on the sidelines. Originally, most services inside flespi operated over HTTP REST API and we even wrote own HTTP framework. We also have an HTTP channel and implemented integration with Wialon over HTTP stream.

Until recently HTTP was the only protocol to manipulate the platform via REST API. But now we open flespi REST API for use over MQTT protocol.

A tech-savvy reader would reasonably note: “Wait a minute! REST API implies client-server model and MQTT communication type is publish-subscribe. Something’s not right!”. Here is a simple scheme of the client-server request:

We can see that both the client and the server can send and receive data. In MQTT publish-subscribe terms it means the following:

Conclusion: server-client request with MQTT client implies publishing the request and subscribing for a certain topic to receive the response.

An attentive listener might note that MQTT client authorizes on connection, so one does not need to send an Authorization token with every request. Profit!

To perform the example request for creating a new channel do the following:

That’s it. Almost as easy as click “Try it out!” button in our interactive documentation.

You might note that MQTT client published and subscribed to the same topic. The most advanced flespi customers that use MQTT v5.0 can use a special response topic parameter to define a different topic to forward the response to.

Important: the described method is a wrapper. It means that behind the scenes your MQTT request will be proxied to an HTTP request. So we do not recommend to use it to receive large volumes of data (like stored messages for devices) since MQTT is intended to efficiently process many small requests.

Be inquiring and reasonable — it pays off.

Was this helpful?
Share
15 December, 2020 |
Maximizing the power of Edge Computing using Syrus 4G IoT Gateway and Flespi MQTT broker
Build, run, and deploy your application with real-time computing resources and data storage embedded in Syrus 4G and use all the power of the Flespi IoT platform to get your project done.
24 November, 2020 |
Counter-Strike parental control app for geeks
Creating a small mobile-friendly MQTT-based solution to monitor and manage your kid’s gaming habits.
‹ › ×