A tale of how bravery, willingness to succeed, and humble listening led to enhanced performance and better architecture.
analytics usecases

Our partner from Brazil — ReadyMix Tracking — is doing some great things for the construction industry.

ReadyMix Tracking is a completely automated system for tracking of concrete mixers all the way from the concrete loading to on-the-go tracking, discharge tracking, way-back tracking, and cycle integration. 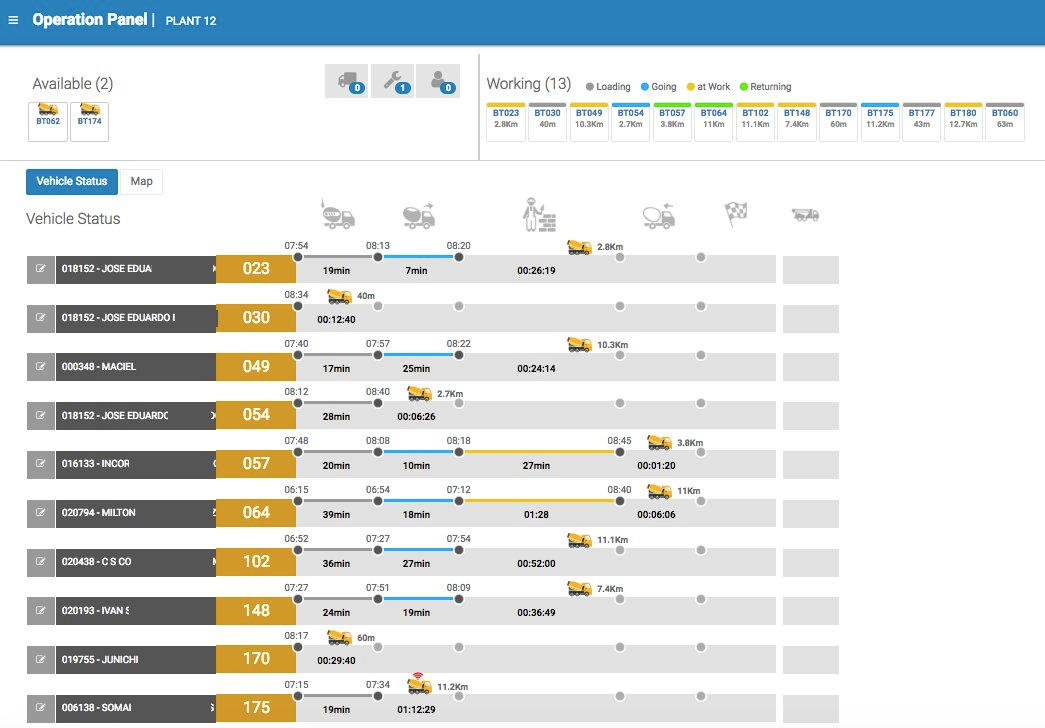 Since the solution focuses on a niche concrete mixer market, the development of such a solution is challenging because it differs from mainstream fleet management platforms and requires a specific combination of functional elements: GPS tracking, sensor data processing, real-time visualization, high-performance analytics, responsive storage, and more.

Halfway through the project ReadyMix came across the flespi platform and gave it a try. After successful trials and consulting from the flespi team, they decided to start switching the infrastructure to flespi. It was a daring move that required an immense work to be done and redone but that eventually paid off.

Flespi appeared to be an all-in-one solution for the tasks and challenges outlined above. It’s not a turn-key platform but a do-it-yourself construction set — exactly what ReadyMix needed. They simply got handy tools to achieve the results they clearly realized quickly and easily.

The primary reasons to use flespi as the backend for their ReadyMix platform were the following:

The fact that most components of the solution are made by flespi guarantees natively smooth operation and high performance.

So, what’s under the hood of the ReadyMix Tracking system? Let’s have a look.

Here’s a modular basic diagram showing the interaction between different parts of the platform: 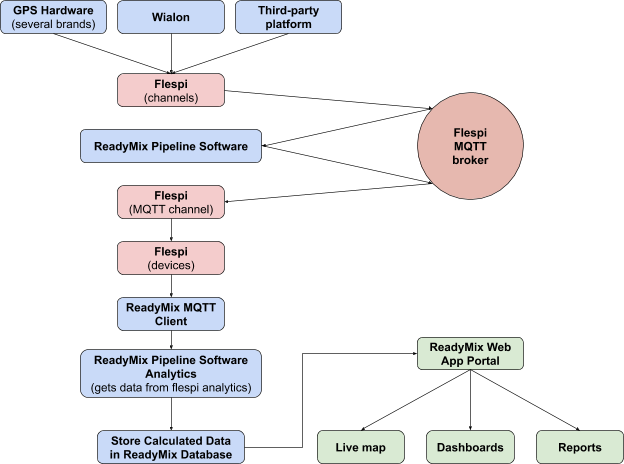 Let’s unfold the above diagram into a more meaningful explanation:

We asked our client to share some of the determinative factors that made him pick flespi over other alternatives. Here’s what he pointed out:

One of the major challenges in the project was to achieve high performance at high data volumes.

For instance, there is a standard report that calculates intervals for specific sensors. A combination of sensor values corresponds to the specific asset status, e.g. 0100 = Working, 0111 = Lunch Time, 1100 = idle inside customer, etc. 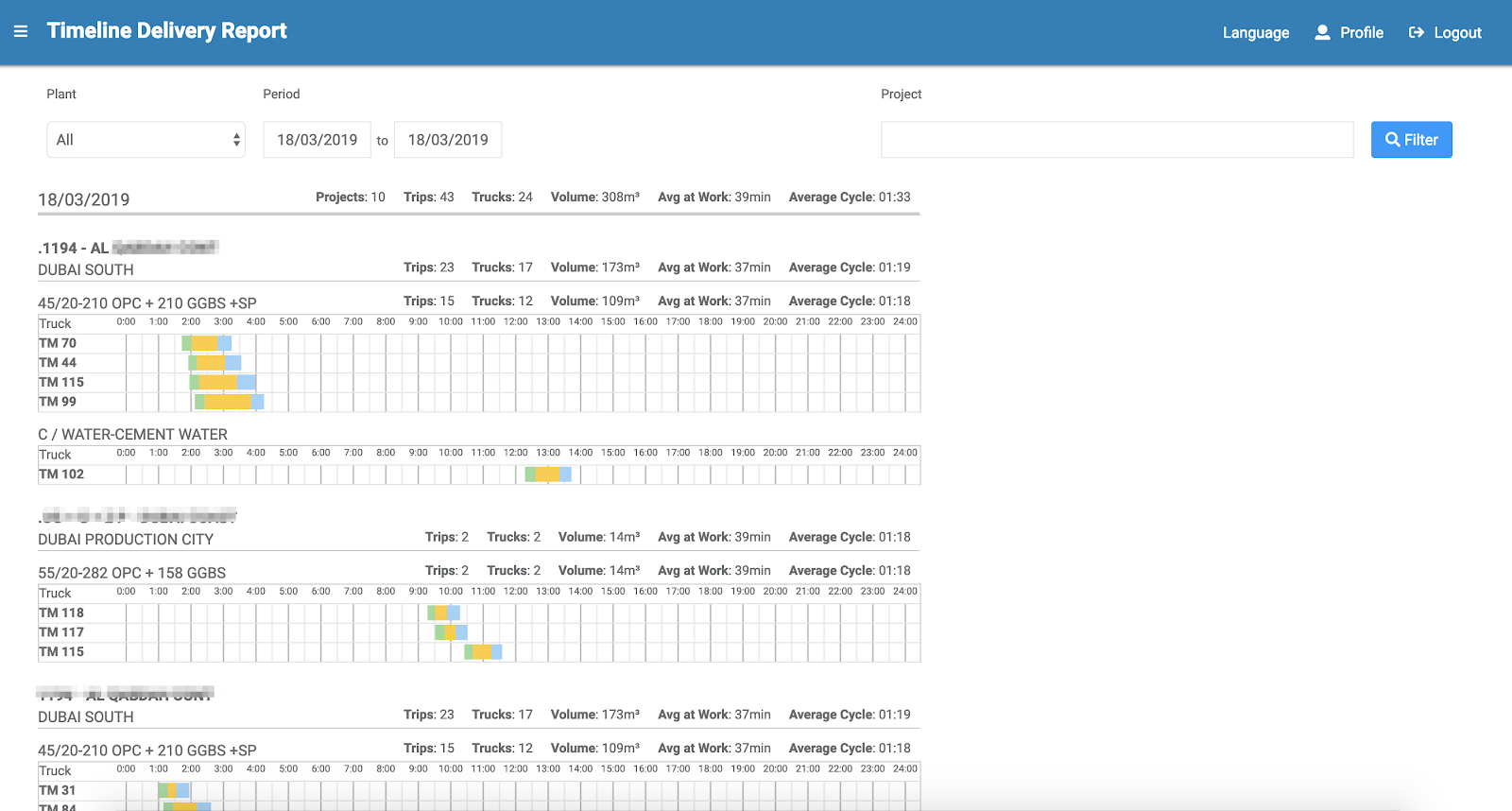 One concrete mixer generates around 4,000 messages a day.

If we need to create a report for 1,000 units for the period of one month, it results in

With MongoDB, the aforementioned routine took 180,000 ms to run.

Isn’t it worth a major project overhaul?!

Flespi is a technological brand — it develops technologies and designs tools for effective use of these technologies. The team has 16+ years of experience in telematics. And it’s ready to share the wisdom with anyone interested.

Initially, ReadyMix application was not going to rely on MQTT and organize communication via MQTT broker. But they followed architectural guidance from flespi and reorganized the project architecture. This resulted in a huge performance win and simplified data management. It’s better done late than never. Because if the core is not performant enough, you cannot compensate this on the higher levels.

Just describe the project needs and we’ll be glad to help you become better.

We are grateful to the ReadyMix team for using flespi and for sharing their experience with us (and with you).

The bottom line is that flespi is the preferred choice for companies that are not afraid of getting their hands dirty doing some programming and that value high stability and personalized support.

P.S. Some fleet management systems offer API that can be used to build your own apps similarly to flespi, however, it’s the question of rationality and cost that sets flespi apart — why pay for the entire toolbox when you are going to use one screwdriver only?

Was this helpful?
21 April, 2022 |
Enabling one-stop IoT connectivity and telematics data troubleshooting with flespi
Merge EMnify connectivity data with the telemetry data from your GPS trackers and to see a more complete picture of your fleet status in Wialon.
7 March, 2022 |
Simplifying analytics and plugins configuration: a long-awaited expressions testing tool is released
A handy way to check how an expression matches against a specific dataset.
‹ › ×