Sync up with changes in the flespi device API

Novelties in working with flespi devices and when you should switch to the updated API.
api dev

We need to change

The flespi platform has been evolving and mutating actively in the past few years — some concepts changed, new ones emerged, some others became extinct. Flespi paradigm is device-centric — meaning that flespi device is the ultimate point of contact when dealing with storage, analytics, settings, etc.

Since many of the flespi users rely on device API in their projects, we try to keep it stable. However, sometimes long-term platform development perspectives require targeted changes, one of which became the topic of this article.

Once you have the configuration schema, you can create a new device of a given type using the same REST API request as before: https://flespi.io/docs/#/gw/!/devices/post_devices: 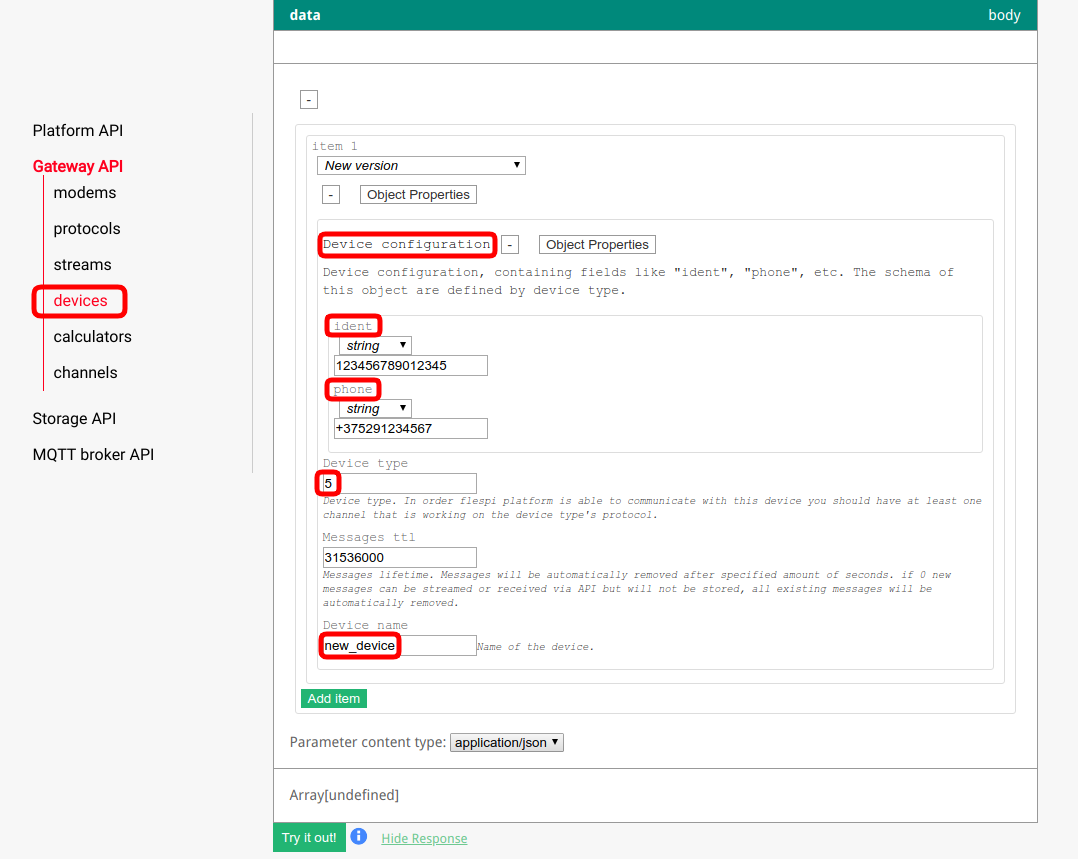 Please note the configuration object that may accept any fields that comply with the given device type schema.

Device configuration is a JSON object with a set of fields. Each configuration field corresponds to a certain device feature. The “system” fields usually include one or some of the following:

Here is an example of a JSON object for the new device: 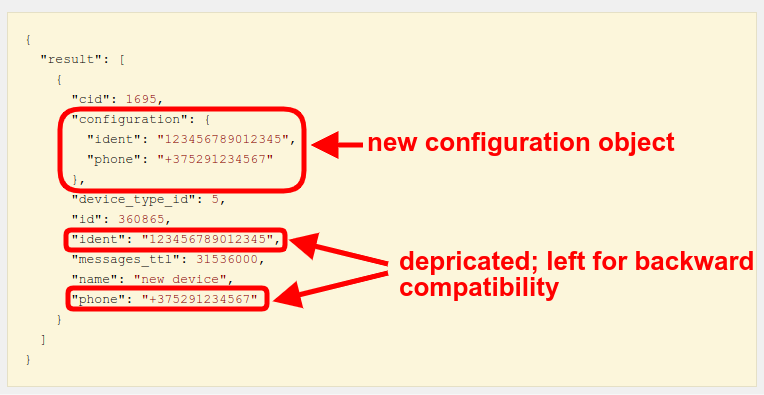 Don’t confuse! During the transition period devices also contain "ident" and "phone" attributes as per the old schema — these are obsolete and should not be used anymore. They will be deleted in the near future — on September 4, 2019 (see details below).

Moving ident and phone fields into a separate configuration object also affected the selectors used to get device via REST API. Previously, you could find devices by an ident mask like this:

The configuration object allows for more control over the parameter values, e.g. the schema may define if the ident (or other fields) should contain numbers only or should be of a certain length (or no longer than a certain number of characters), etc. If a certain device type requires some “secret_key” instead of a password, it’s possible to define one in the right place of a given device type schema. This approach allows maintaining a well-defined yet flexible architecture for efficient platform growth.

Changes also happened in the streams subscriptions mechanism — in essence, the term “subscription” is no longer used, you simply assign devices or channels to a specific stream: 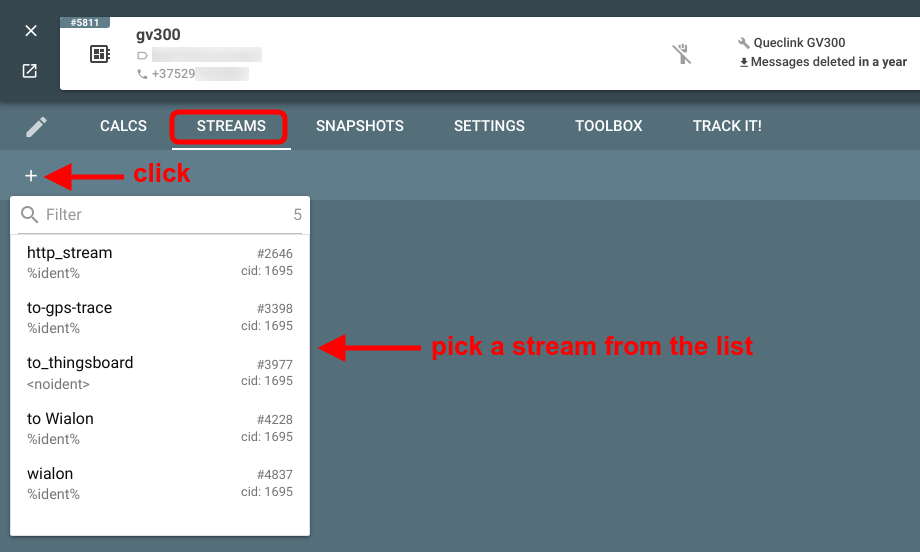 We understand that you need time to apply the new API across your projects. That’s why the old version of the devices and stream subscriptions API is fully operational for the next two months and will be removed in several steps: