In July despite the hot vacation season, the flespi team has done enormous amount of work, the highlights of which I’m happy to announce today. This was done on top of a perfect 100% monthly uptime — the level of service which I’m always especially proud of.

First of all I would like to mention that for our clients in Ukraine we decided to continue the provision of free service until the end of the year. For some of them the business is frozen, but others manages to double the volumes of the flespi usage since February which gives hopes that the Ukrainian economics is showing signs of life and even some local development.

I would like to drag your attention to one application that we worked heavily on in July and just released for internal use. It is called pvmtool, designed for device protocol engineering and it allows us to simulate trackers, test for protocol operation correctness, test coverage level per each protocol and the most importantly (for you and us) trace parsing engine. The tool itself deserves a dedicated article and there will be a day when we make this tool available to our users with a nice GUI or REST API, but let me just show you how it’s output for Queclink TCP is visualized in a special pvm-trace-viewer application: 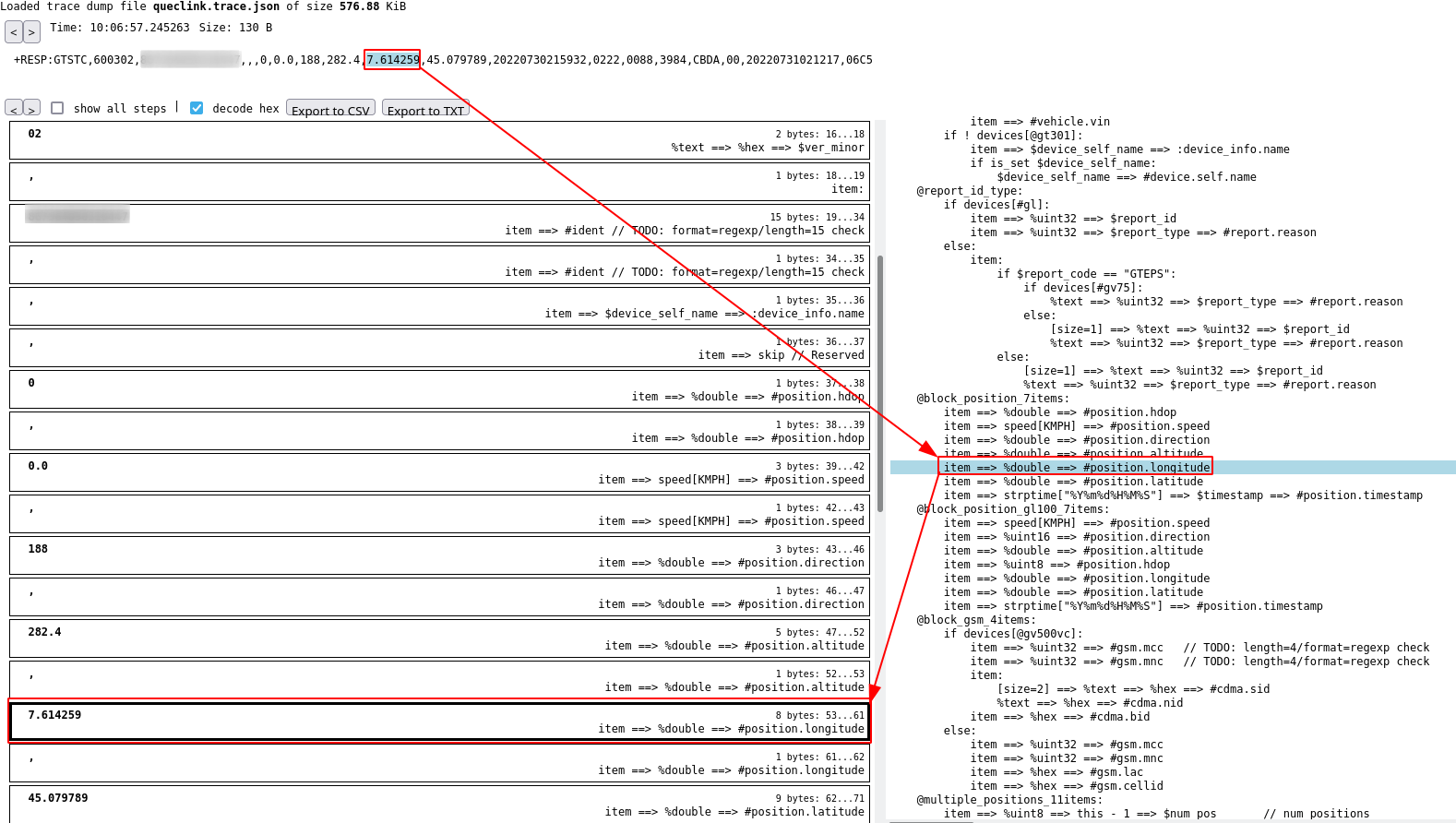 It took me a minute to generate and view this file once I knew the raw traffic. Now whatever problem we may have in parsing — whether is it a device sending wrong data or a platform with wrong protocol support — with this tool we have a very clear picture of the problem and may address any parsing issues ten times quicker with much higher quality without the need to read full protocol documentation and parse a packet manually symbol by symbol. The tool shows the protocol source code in the right pane and this is the only thing that stops us from delivering it to our users but I’m sure in a not-so-distant future we will find the solution and provide our users with this powerful possibility to self-diagnose any issue with the device behavior.

August is the hottest summer month in the Northern Hemisphere and I hope that heat waves will pass soon. It’s an interesting fact that the average summer temperature of 22 degrees centigrade (ranging from 16 to 30) observed in Lithuania is considered most comfortable for our bodies. The ideal temperature, isn't it?