Flespi devices feature both commands and settings for device management and since the concepts are tightly interwoven, the choice between the two may be confusing. So let us clarify.

Commands include the entirety of all instructions that can be sent to the device (as per the protocol documentation) to change its behavior.

You can send specific commands via the flespi panel interface — from the Commands & Settings tab on the device configuration screen: 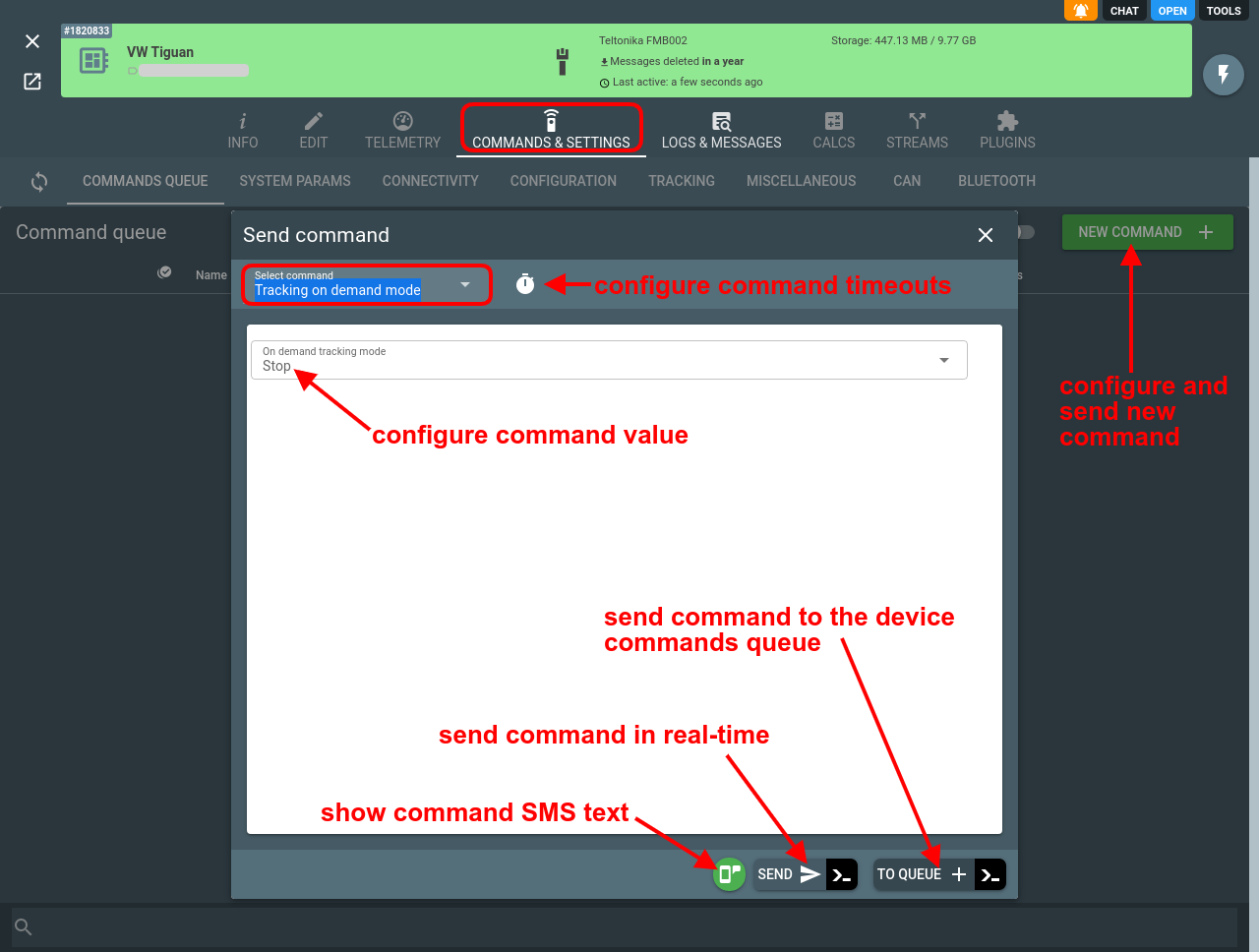 Here are the respective REST API calls to send a command

Most protocols integrated into flespi support a so-called custom command that accepts arbitrary command text and, as long as the command syntax is correct, the command will be executed on the device.

Here’s how a custom command looks for Queclink devices: 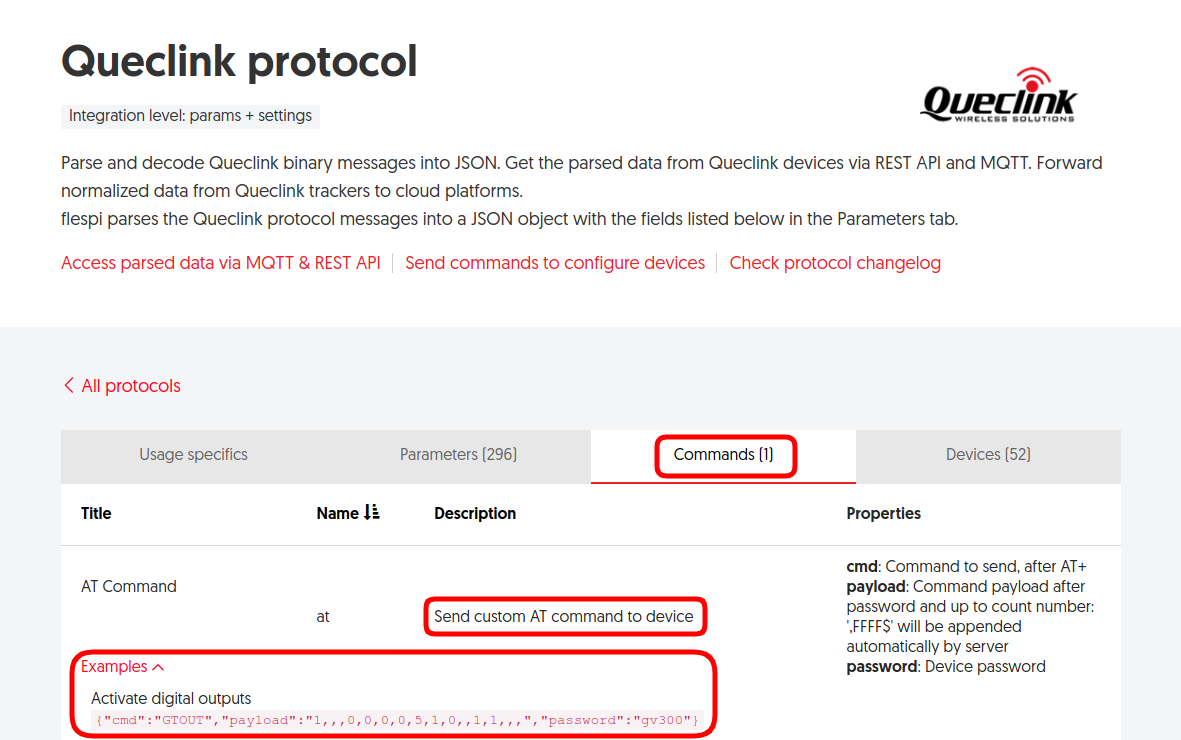 Here’s the commands API to send any command to the device.

If you send a command to the queue, you can set a TTL (from 60 to 2592000 seconds) or expiration date and time. Moreover, flespi will make 10 attempts to deliver the command from the queue to the device before it gets cancelled.

A setting is a clearly named wrapper around a specific command instruction that also stores the current (latest known) state of the related device configuration feature (aka device shadow). You can use the settings API or the Settings tab on the device configuration screen to send a command to change the corresponding setting value.

Settings represent a subset of commands, so, basically, everything you can send as a setting can also be sent as a corresponding custom command (see examples in the Commands section of the article).

There is a class of action commands/settings (e.g. “reboot”) that might not have the state to store. For such commands triggering the corresponding action via a commands API or settings API is identical. For settings such action items are grouped on the Action tab:

It becomes simply a matter of convenience.

If you don’t see a specific setting but have a protocol specification at hand, the custom command can be your last resort. Or you can ask us to add the settings for you:)

If you send a command to the device commands queue, it will be delivered to the device as soon as it  connects to the channel. If the device does not connect to the server, the command will wait in the queue until its "TTL" or "expire" is reached and will then be deleted.

If you update a setting for the device, the command will also be delivered to the device once it connects. However, if the device does not connect to the server, the setting will stay in the "pending" state and will wait for the device to connect for an unlimited period of time, until you delete the pending value with a DELETE request.

In contrast, a setting allows only one pending value (no queue). So you need to wait until the pending value is applied (acknowledged by the device) to be able to send subsequent changes to the setting. So with settings, the flow requires more manual control from you.

One more difference is the capacity: device queue is limited to 20 commands, whereas the number of "pending" settings is not limited.

Once a new device connects to flespi (i.e. establishes a connection with the proper channel), the platform will request the device configuration to know its current state. As a result of synchronization, the flespi platform gets a complete up-to-date virtual copy of the physical device’s actual state also known as device shadow.

Sometimes when the device attempts to sync all its numerous settings, it triggers substantial cellular traffic consumption. And if you have a fleet of a thousand vehicles equipped with such devices, you get a bloated bill from your connectivity provider.

To put you in control of the above situation, we introduced a new configuration option for the device that allows adjusting the device settings polling interval. You can now do that on the “pencil” tab on the device configuration screen: 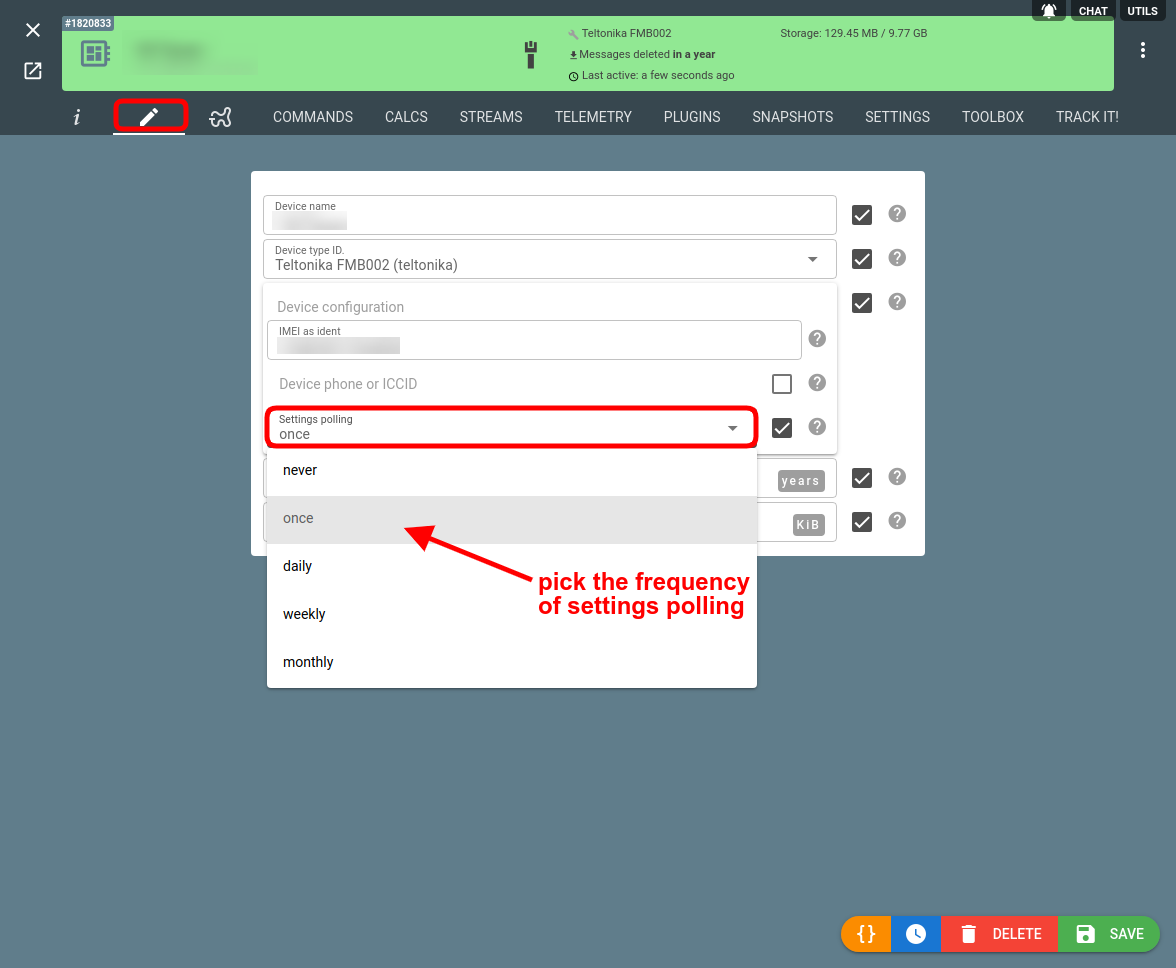 The possible polling frequency values to choose from include:

Sidenote: another way to optimize expenses is to adjust flespi resource consumption.

To make access to the list of available device commands more convenient, we added a new commands device field. This field contains an array with the descriptions of all available commands and can be requested via API: 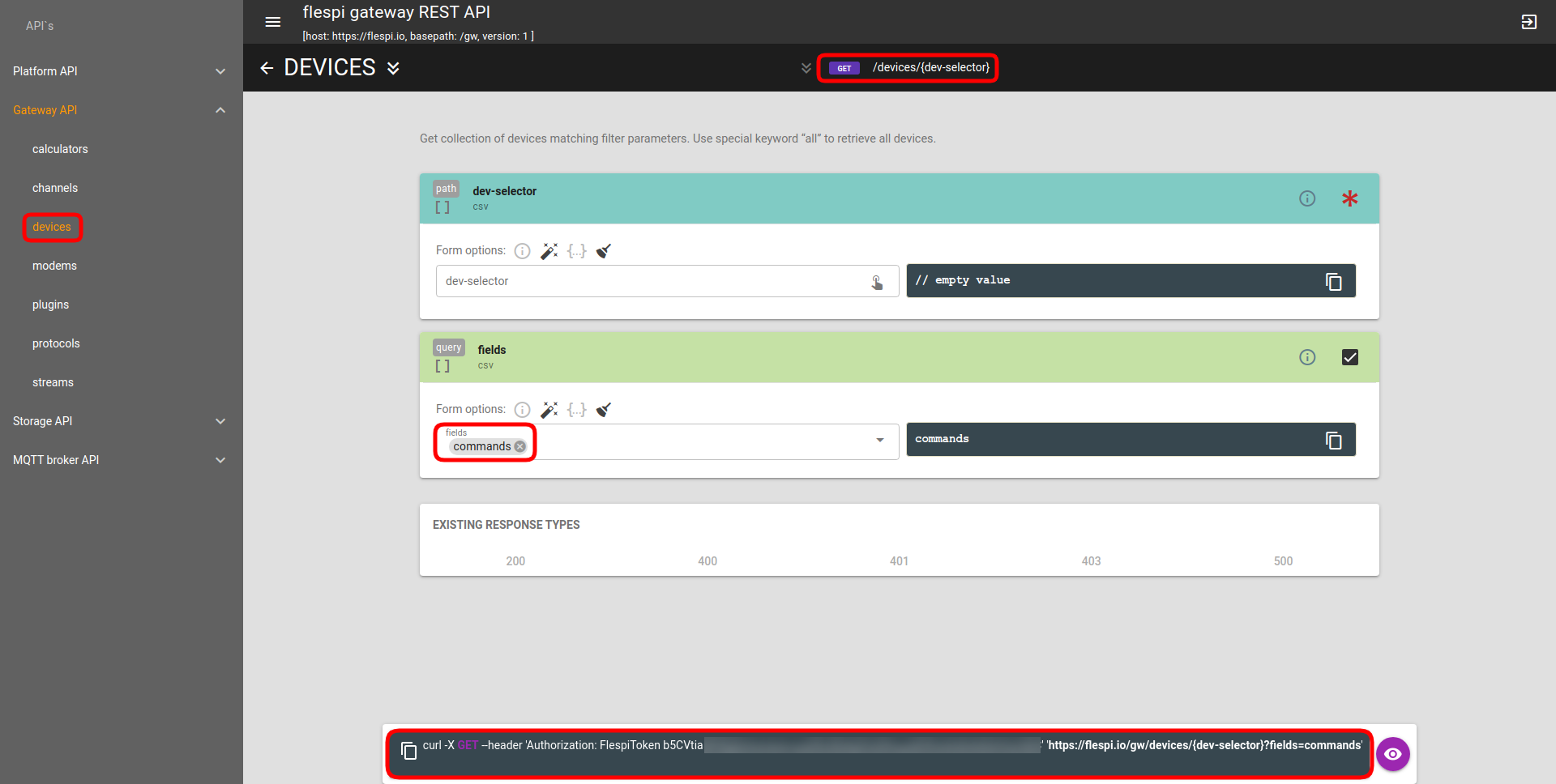 As a result, you will get the list of commands and their schemas available for the device: 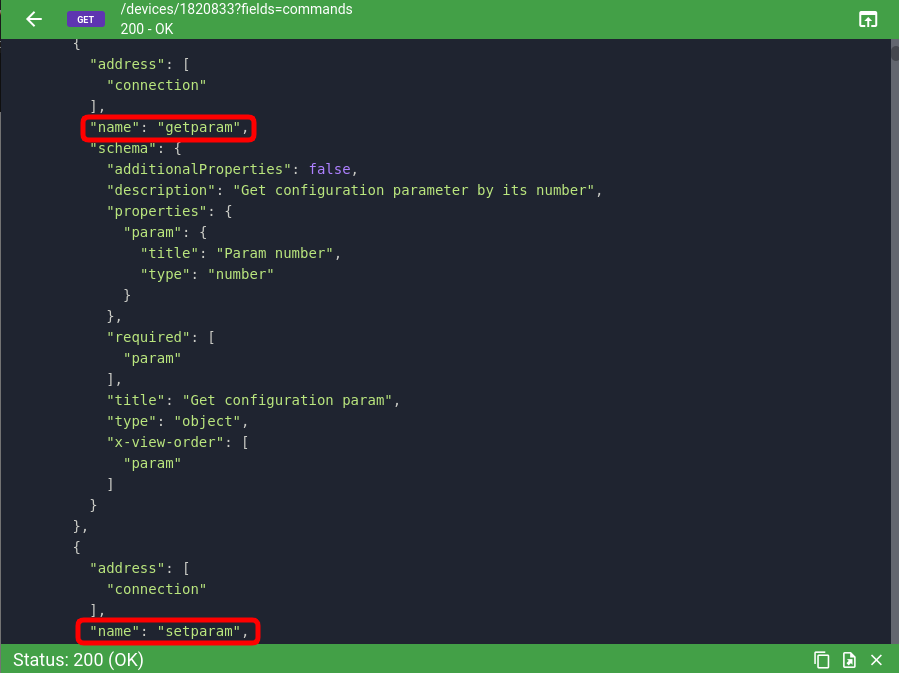 More about how to send commands to devices is outlined in a dedicated article.