We are updating our series of posts about the configuration of various types of tracking devices (including Queclink, Concox, and Teltonika) with another major player — Galileosky.

We are using the Galileosky 7.0 Wi-Fi tracker for this demonstration, however, all Galileosky trackers share the same protocol and will have identical behavior.

Let’s now look at the specific settings you can change in just a few mouse clicks directly from flespi. We assume that already have the Galileosky channel receiving messages from the physical tracker and have the flespi device created to get access to the device configurator.

The Connectivity tab allows you to specify the APN settings for GPRS to work correctly. As you can see, due to two SIM card slots in the Galileosky 7.0 series, we have two GSM Network Setup blocks.

You also use this tab to enter the IP:port of the channel that collects the data from your real Galileosky device into the Backend Server Setup block.

Galileosky devices can keep two simultaneous connections. Therefore, with flespi connected, you can connect the device to one more platform using the Secondary Backend Server block.

Oftentimes the secondary target is the Galileosky server which also enables remote device configuration. Why bother using flespi then if there’s an original tool by the manufacturer? Definitely, the original configurator supports the entirety of settings, while flespi supports the subset of the most demanded settings. On the other hand, flespi allows automating the configuration process using the API which comes in handy when you want to re-configure hundreds of devices.

Note: specifying the IP and port of the flespi channel in both Primary and Secondary Backend Server blocks won’t work and will result in closing both connections. 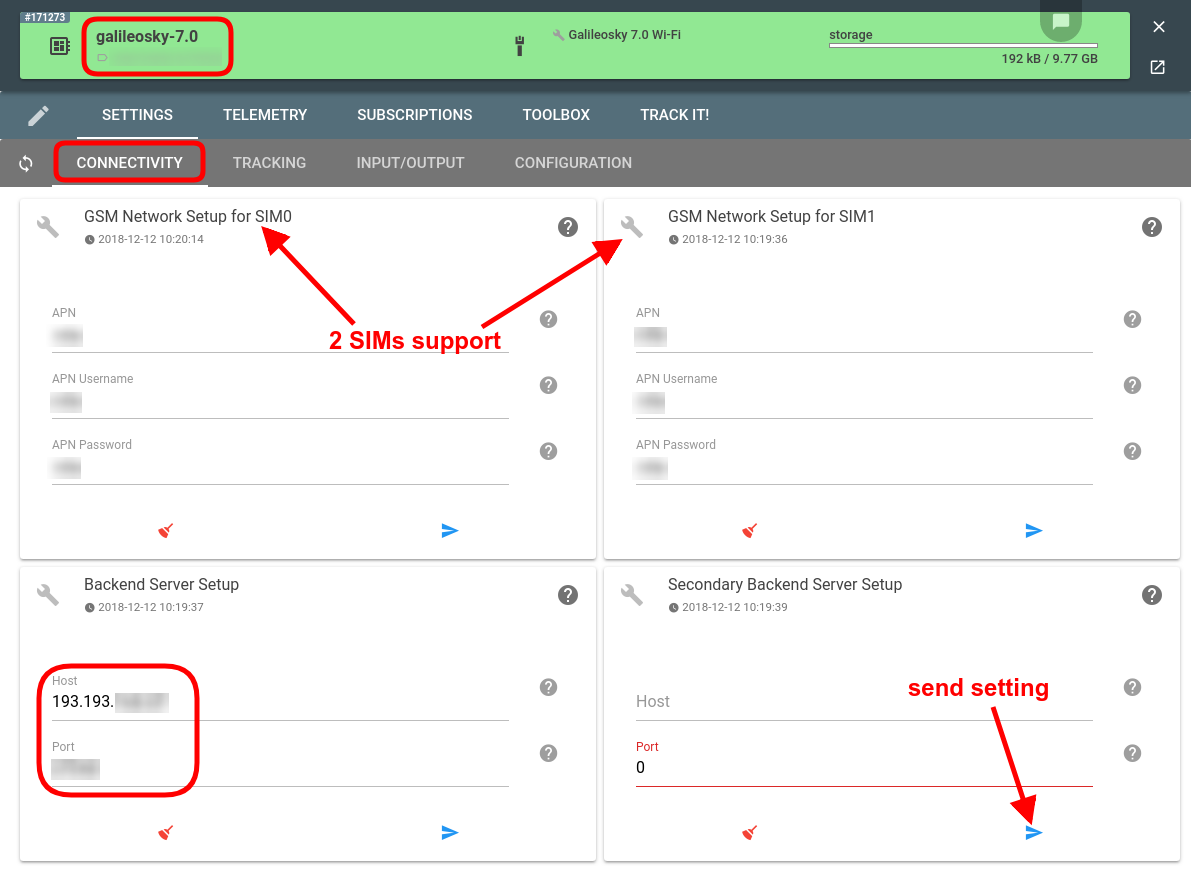 The Tracking tab for the Galileosky devices includes two major blocks — one dedicated to configuring the data sending interval when the device is in motion and idle, and another allowing to specify the values of different motion parameters for tracking to happen (meeting any of them will trigger tracking). 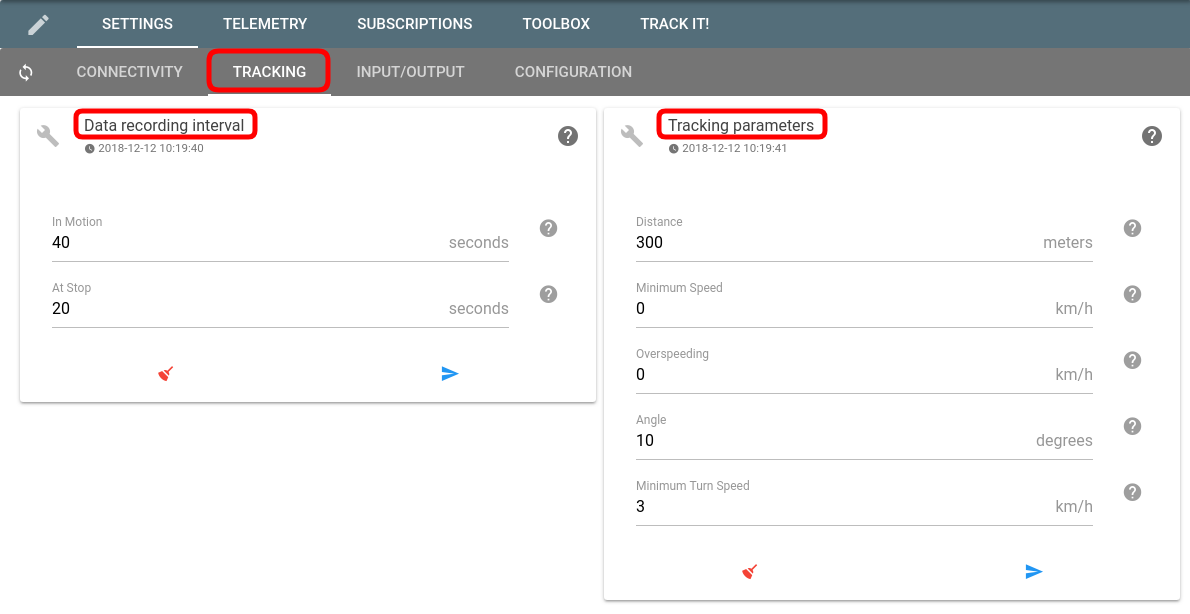 The Input/Output tab currently allows managing the two outputs that can be used to connect and operate accessories such as immobilizer, LED, etc.

Configuration tab for Galileosky trackers includes a plentitude of options related to the device settings, reporting, CAN bus, and other general features.

One block standing aside is the EasyLogic script. The EasyLogic tool by Galileosky allows customization of the device logic via specific scripts written by the customer to fit their particular needs. Now running these scripts is possible directly from flespi. 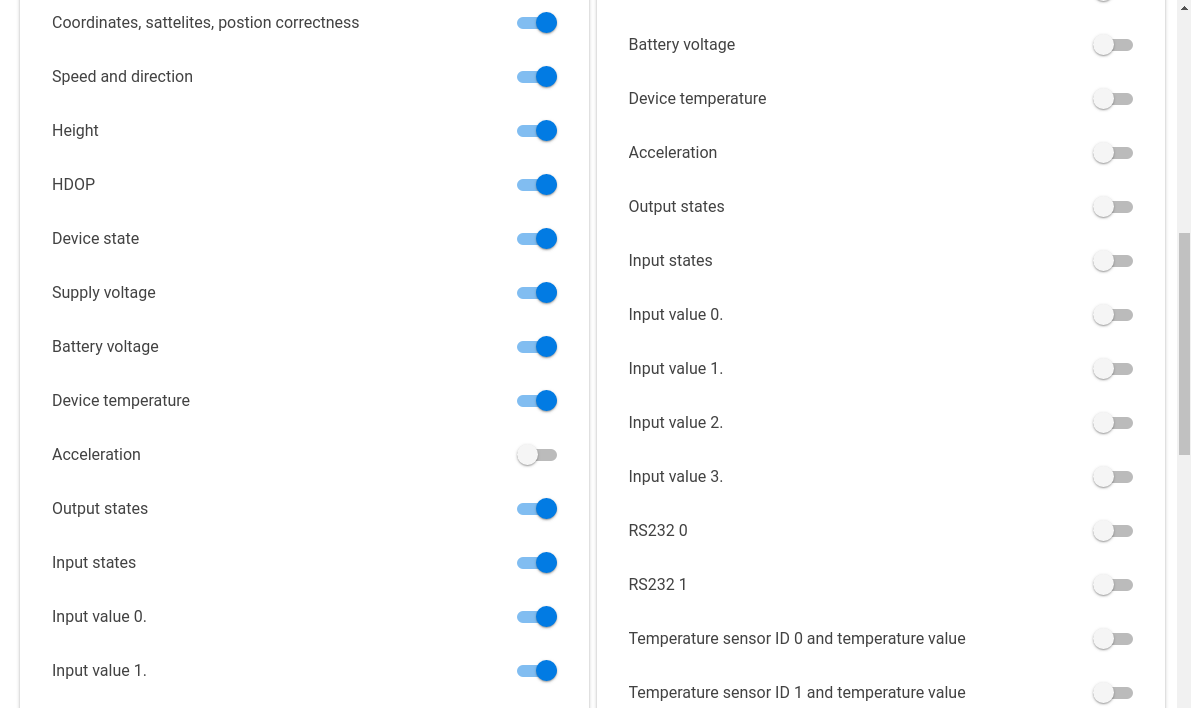 Even though you can reach most settings from the graphical interface of the flespi panel, using the flespi configurator to the fullest is possible via REST API. Testing REST API requests is easy with our interactive documentation. One of the most useful features that are not yet realized in the graphical interface is the bulk update — changing settings for several devices at a time. You just need to specify the IDs of the devices to be affected in the device selector and the common setting will change for all of them.

The Toolbox tab is your one-stop troubleshooting destination — lost connection, missing messages, errors, parameter changes, messages content — you can see it all in a single tab: 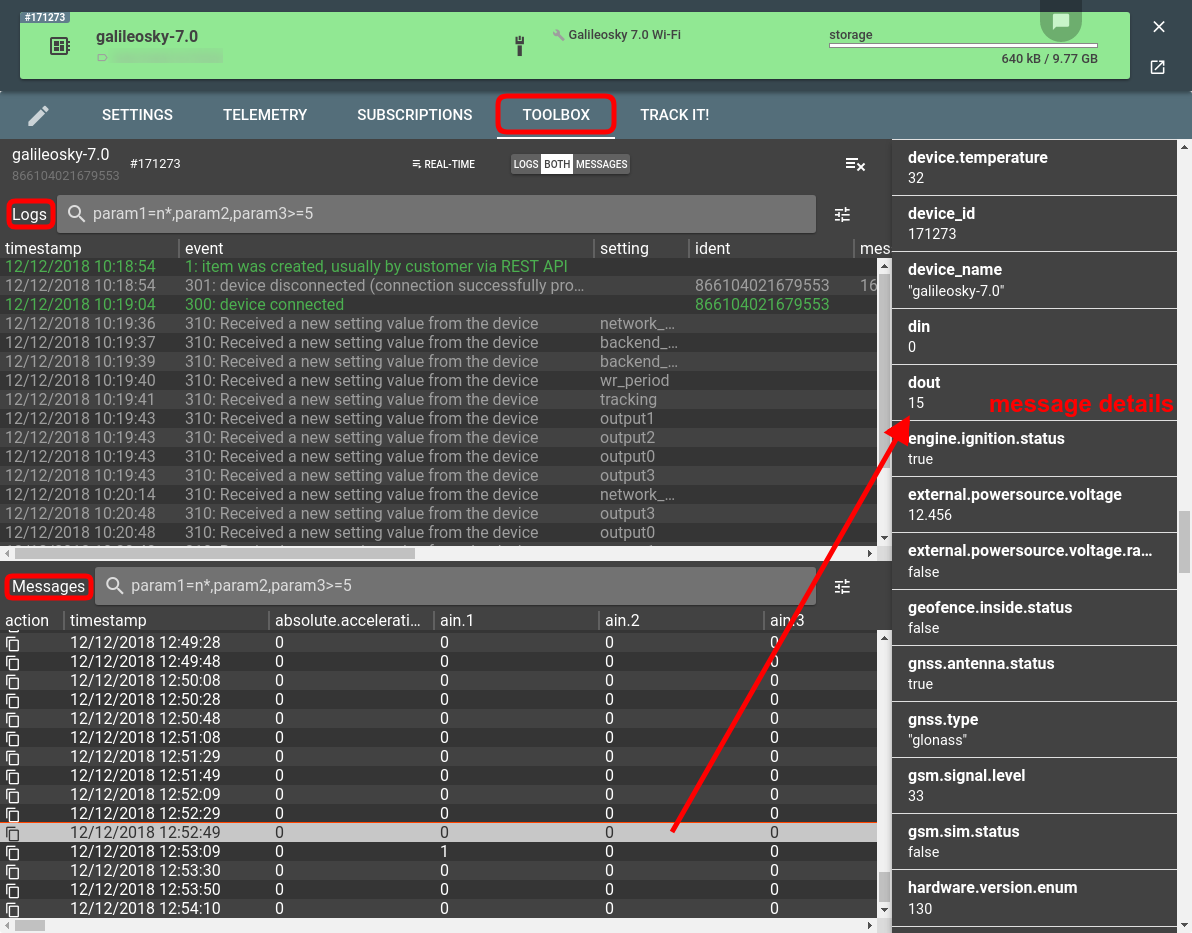 The basic GPS monitoring functionality is also embedded in the flespi panel — the TrackIt tab shows the location of the tracker on the map, the route, messages, and telemetry (the latest state of all device parameters): 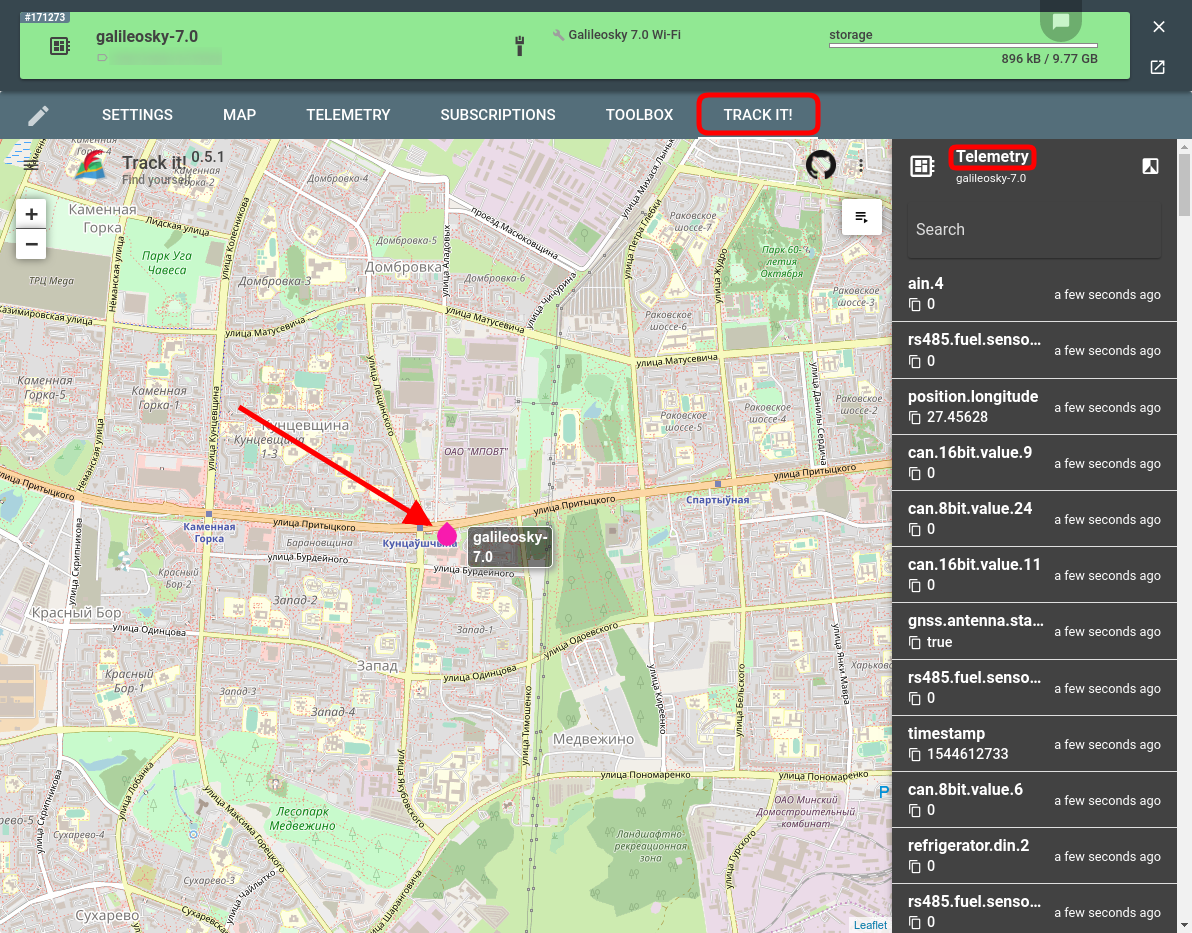 Galileosky devices are reliable, value-for-money trackers with high configurability for versatile uses. The flespi device configurator enables you to set up the Galileosky trackers from a user-friendly interface or via rich API along with devices from other manufacturers.

Was this helpful?
7 October, 2021 |
Commands and settings — how they differ and where they apply
Dotting the i’s and crossing the t’s on the peculiarities of and differences between commands and settings for flespi devices.
26 August, 2021 |
Remote device management options
Send the right commands to configure your telematics devices efficiently.
‹ › ×